On Thursday my father, Peter Brown passed away. My dad and I were very close. He often came to Florida and loved spending time with Rick my husband, Daisy our black lab and Lily our parrot. My father was an elegant man, a true English Gentleman. Kind, loving and totally supportive. He felt I could do anything and would be truly successful. I have so many happy memories of us talking business, traveling, gardening, going out to dinner and sharing a cocktail. He loved life and lived it to the fullest at 98!   I love him and miss him terribly. This is in honor of my father! 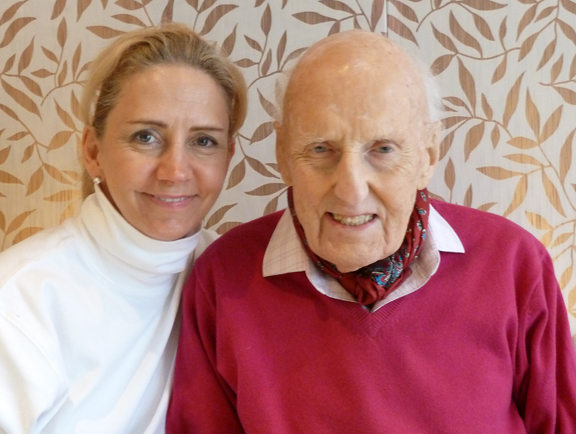 Photo of Jaima and Peter in Toronto January 2012.

PETER HENRY BROWN
In his sleep after a long and full life, as he had always wanted, of complications from heart failure, on March 29, 2012, in his apartment at the Amica Balmoral residence in Toronto, where he lived with his most recent collection of friends.  He had many.  Born February 7, 1914, in Enfield, north London, England.  Predeceased by his beloved wife of 56 years, Cicely (Betts), his parents Stanley and Cecily Brown of Windsor, England; by his adored older brother Harold (killed in service during the Second World War), and brothers Herbert and Paul, but survived by his children Ian (Johanna), Timothy (Frank), Jaima (Rick) and Julia (Matt); stepson Peter Lake (Betty-Lou); grandchildren Hayley, Walker, Remy, DJ and step-grandchildren Claudia, Alexandra, Christopher and Andrea.  A Royal Navy reservist and decorated Lt. Commander in the Royal Navy, he served at the Battle of Narvik and in special operations in Norway and elsewhere during the Second World War.  He was hired by the London Metal Exchange in London at the age of 16, and continued working at his beloved trade as a scrap broker, in Africa and India and China and later Canada, where he first settled in Montreal, until his 98th year.  A dedicated athlete who tried out for England as a rugby player and played his last game of squash at the age of 87, he believed that a clean and healthy body meant a clean and healthy life.  He will be remembered for his quiet kindness to his family and friends, his steady good nature, his implacable patience and self-control, and his quiet but fervent dedication to his gentlemanly ideal:  to never willingly cause pain to anyone.  Visitation with the family on Saturday  April 7  from 3 to 5 p.m. at Ward Funeral Home, 52 Main Street South, Brampton. Funeral service to be held at 10:00 a.m. Monday, April 9, 2012 at St. Alban’s Anglican Church, 537 Main Street, Glen Williams (Georgetown), Ontario. A book of memories can be signed at
www.wardfuneralhome.com 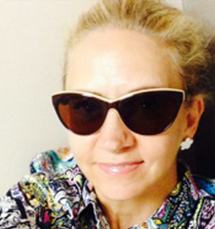